Language is a tool to express an opinion or statement that will be conveyed to others. There are two types in language media, namely oral language and written language. One work that uses written language as a communication medium is a magazine. To write a magazine, you must use a language structure that is good and right or in accordance with the rules of language. But often times in a magazine there are still many mistakes, for example, in the 2018 edition of Pandawa magazine, there are errors in language spelling and at the syntactic level. Types of language errors at the spelling level include errors in letter usage, word writing, use of punctuation, and combination spelling. Types of language errors at the syntactic level include, discourse, sentences, clauses, and phrases. This study aims to describe language errors, especially at the spelling level and at the syntactic level. The method used in this study is descriptive qualitative research, which describes the object of language errors in the 2018 edition of the Pandawa IAIN magazine. The techniques of data collection and data analysis are (1) collecting language errors, (2) identifying errors based on linguistic level (syntax, phonology, morphology, and spelling), (3) ranking errors, i.e. sorting errors based on the number of errors, (4) explaining conditions, explaining what is wrong, the cause of errors, and how to correct errors, (5) predicting linguistic level that is prone to errors, (6) correcting errors, namely correcting errors, finding the right way to reduce or eliminate these errors. The results of this study, namely errors in the spelling level in the Pandawa IAIN Surakarta magazine, there are capital letters writing errors, italics, punctuation marks, and hyphens; errors at the syntactic level in the Pandawa IAIN Surakarta magazine, there are mistakes in phrases, and sentences.

This work is licensed under a Creative Commons Attribution-ShareAlike 4.0 International License.

Attribution — You must give appropriate credit, provide a link to the license, and indicate if changes were made. You may do so in any reasonable manner, but not in any way that suggests the licensor endorses you or your use.

ShareAlike — If you remix, transform, or build upon the material, you must distribute your contributions under the same license as the original. 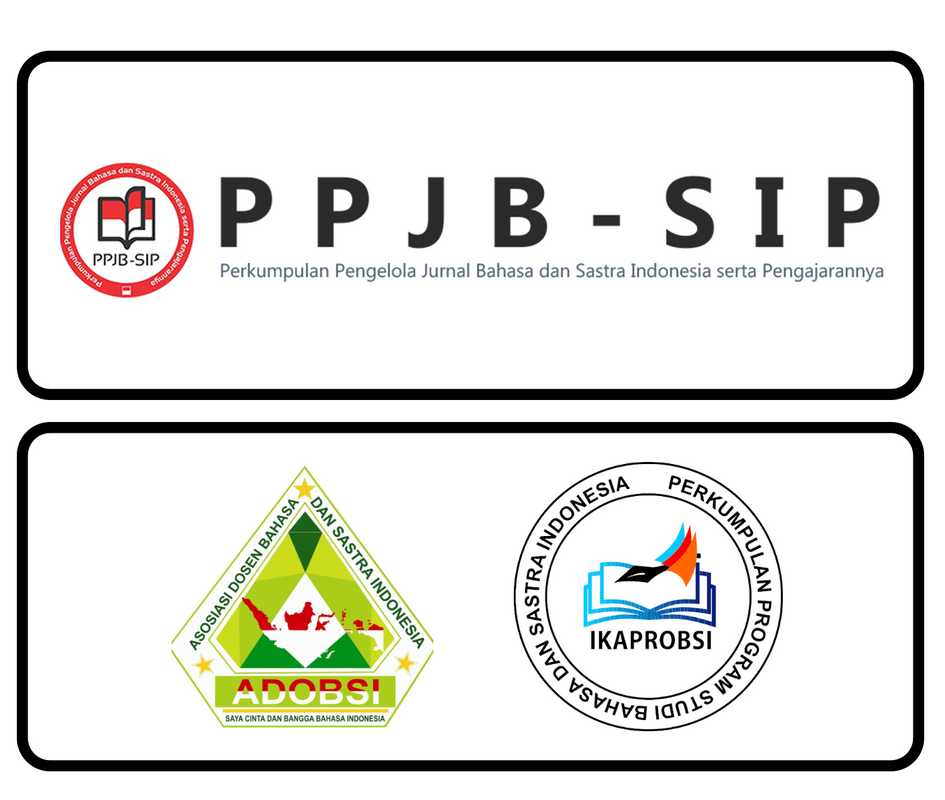 DIGLOSIA: Jurnal Kajian Bahasa, Sastra, dan Pengajarannya has been accredited Sinta 3 by the Ministry of Research and Technology/National Research and Innovation Agency of Republic Indonesia (85/M/KPT/2020) valid from Vol. 3 No. 1 (2020) until Vol. 7 No. 2 (2024). (Download Certificate Sinta 3)